The Slovenia Open is a women’s tennis tournament originally held in Portoros, Slovenia from 2005 to 2010, and returning to tour in 2021.

The WTA Tour event was a WTA International category, and is now the current edition, the WTA 250 category. It is played on outdoor hardcourts.

At the Slovenia Open in Portoroz, Emma Raducanu defeats Dayana Yastremska. This is Raducanu’s first victory since the premature end of her US Open title defence.

Radukanu picked up the first set 6–2 and went on to lead 5–3 in the second, before the Ukrainian was forced to pull out. Yastremska had aggravated an existing wrist injury and had to withdraw. 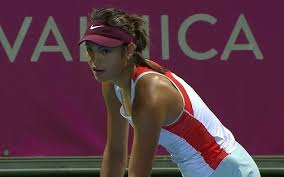 Against qualifier Friedsam, who is rated 213 in the world, Raducanu was up 5-3 in the opening set until she started to move awkwardly.

After the first set’s medical stoppage, her left thigh was strapped.

ESPN+ will broadcast the game on TV. Information on live streams – WatchESPN | ESPN+ Cable subscribers can access WatchESPN or the ESPN app using their TV provider’s login information. ESPN+ will also be able to stream the game.