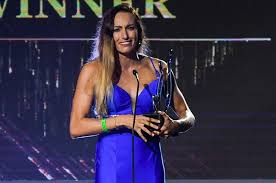 The SA Sports Awards are presented annually with the prime objective of celebrating sporting excellence and rewarding sporting achievements in and outside the arena of sports.

The awards have been announced in 2004 in partnership between the South African Broadcasting Corporation (SABC), the South African Sports Confederation and Olympic Committee (SASCOC) and several other stakeholders and sponsors.

Olympic 200m breaststroke champion and record holder Tatjana Schonemaker was the biggest winner at the SA Sports Awards ceremony on Saturday night as she walked away from the coveted Sports Star and Sportswoman of the Year awards.

The 24-year-old Schoenemaker, who won a silver medal in the 100m breaststroke at the 2020 Olympic Games in Japan, beat strong competition in both categories.

The other major winner on the night at the International Convention Center (ICC) in Durban was Springbok winger Makazol Mpimpi who was named Sportsman of the Year.

During a period in which the athletes were judged, Mapimpi helped the Springboks to the World Cup title in Japan with victories over England and a hard-fought 2–1 series win over the British and Irish Lions.

In other categories, Peter du Preez, who won gold in the men’s H1 cycling time trial at the Tokyo Paralympic Games. 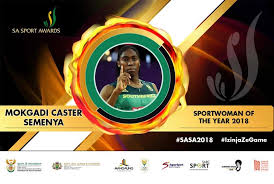 Paralympian Pieter “Supa Piet” du Preez was was named Sportsman of the Year with a Disability at the South African Sports Awards.

Du Preez won the gold medal in the men’s H1 cycling time trial at the Tokyo Paralympic Games last year. The quadriplegic has been nominated five times for the award and this is the first time he gets to take it home.