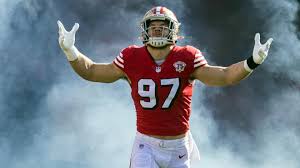 Pro Bowl Roster 2022: The complete roster for the 2022 Pro Bowl will be revealed Wednesday during an 8 p.m. ET special on NFL Network, but a number of notable names have been announced to the public ahead of the main reveal.

Later Monday, eight additional players were revealed ahead of the Raiders-Browns game. Five players will represent the Browns in Las Vegas, while the hometown Raiders are sending three to the NFL’s all-star game.

Ahead of Monday’s Vikings-Bears game, five more Pro Bowl players were unveiled: three for Minnesota and two for Chicago. 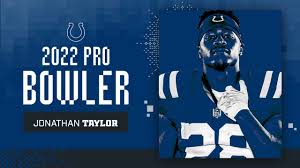 Ahead of Monday’s Vikings-Bears game, five more Pro Bowl players were unveiled: three for Minnesota and two for Chicago.

The first five Pro Bowlers of the 2021 season were revealed on billboards in Las Vegas, the host city for this year’s NFL all-star game set for Sunday, Feb. 6 at Allegiant Stadium. The Pro Bowl will be broadcast live on ESPN, ABC and Disney XD.

In the eight seasons Donald as graced the NFL, no Pro Bowl roster has been without the Rams’ menacing defensive tackle. Widely regarded as the most dominant defensive force in football, Donald has 10.0 sacks, 20 QB hits, two forced fumbles, four passes defenses and 61 total tackles in 13 games played so far in the 2021 season.

Dealing with double-teams from opposing offensive linemen on a consistent basis hasn’t kept the 30-year-old from logging his fifth straight season with 10-plus sacks.