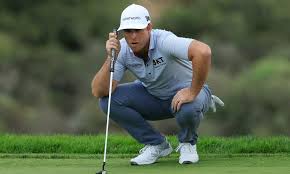 The PGA Tour (stylized in all capital letters as PGA TOUR by its officials) is the organizer of the main professional golf tours played by men in the United States and North America.

The 25-year-old stunned rookie Davis Riley in the second playoff with a 33-foot birdie putt to defend his title at the 2022 Valspar Championship at the Innisbrook Resort’s Copperhead Course in Palm Harbor, Florida.

Burns, the fourth two-time champion in the event’s history, will take home a whopping $1,404,000 for his efforts and now has three PGA Tour victories under his belt. Riley will pocket $850,200. 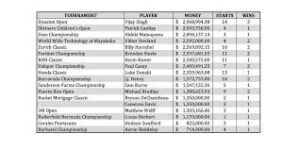 The Players Championship purse reached a record-high this year, rising to $20 million — easily the largest amount for any regular season PGA Tour event — with the winner taking home $3.6 million.

Those numbers break the previous record-high of $15 million and $2.7 million for the winner, set last year. But how much came in the rest of the field?

Well, they all earned pretty decent paydays too. See below for the full payout list for each player who made the cut in the 2022 Players Championship.