Pete Rose, a former baseball player and manager, has a $3 million net worth.

Pete, a switch-hitter also known as “Charlie Hustle,” had the most hits in the MLB. This continues to be the all-time record with 4,256 hits.

He also holds the record for the most games played, at-bats, singles, and outs in MLB history. He won three World Series during his playing career, along with the MVP, Rookie of the Year, and two Golden Gloves awards.

According to divorce papers submitted in April 2018 by his second wife Carol, Pete currently makes about $100,000 per month ($1.2 million annually) merely by signing autographs.

On Dec. 5, 1978, the Philadelphia Phillies made Pete Rose baseball’s highest paid player when they signed him to a four-year contract worth $800,000 a season. 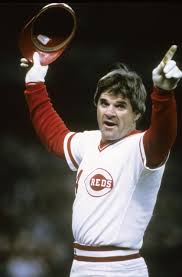 Pete Rose received a combined salary of $7.1 million during the course of his playing and coaching careers.

In 1986, when the Cincinnati Reds paid Rose $1 million to lead the team, he earned the most money.

Pete Rose: $100 million lost for betting on Cincinnati Reds, baseball is punishment enough. Rose was permanently banned from baseball in August of 1989, his final season as manager of the Reds and three years after his player retirement, after claims that he had placed bets on baseball games while managing and playing for the Reds.