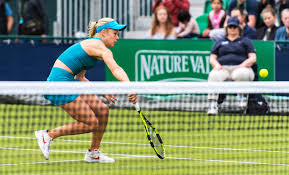 The Nottingham Open 2022, is a tennis tournament for men and women held in Nottingham, United Kingdom, played on outdoor grass courts at the Nottingham Tennis Centre.

This will be the 14th edition of the women’s event and it will pack some serious star power this year.

Maria Sakkari will play in the event, leaving behind her the disappointment of Roland Garros.

Emma Radukanu will also play in the event and will hope to secure a native winner this year as well, as Johanna Konta won at the event last year. Sakkari will start his event against Tricky Osorio Serrano while Radukanu will start against Victroija Golubic. 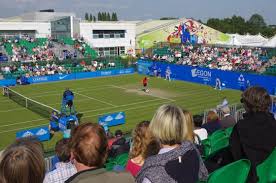 Nottingham Open 2022 will feature the World No. 3 Maria Sakkari and Ranked 13 British star Emma Raducanu among the top 8 seeded players.

How can I watch it? The action will be available to watch across the BBC, with streams available on the BBC Red Button, BBC iPlayer and the BBC Sport website.

World No 5 Maria Sakkari is the top seed in the women’s draw following her early exit from the French Open. The tournament is a WTA 250 event while a Challenger on the ATP side.

Tournaments will also be held in Birmingham, Eastborne and Queen’s ahead of Wimbledon, which will start on 27 June.