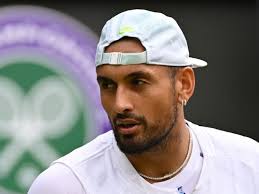 Nick Kyrgios used to “sit in his room and play video games all the time,” according to Norlaila Kyrgios.

As he gets ready to face Novak Djokovic or Cameron Norrie in the men’s Wimbledon final on Sunday, the 27-year-old has rediscover some of his best tennis from earlier this year.

Kyrgios was born on 27 April 1995 in Canberra, Australia, to a father of Greek origin, George, and a Malay mother, Norlaila.

Kyrgios enjoys two lines of inheritance. His father Giorgos is Greek while his mother Noralia has roots in Malaysia. 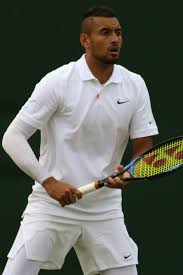 Prior to opting to devote all of his time to tennis at the age of 14, Kyrgios played basketball in his early adolescence.

He received a full scholarship to the Australian Institute of Sport two years later, where he was able to improve his tennis.

In an effort to advance his career and have access to better facilities and hitting partners, Kyrgios moved his training base from Canberra to Melbourne Park in 2013.

He began fundraising for relief efforts and wrote in an Athlete’s Voice blog that his passion for animals made him a vegetarian.

“I don’t eat meat or dairy anymore. It’s not for my health, I just don’t believe in eating animals,” he said.

In an effort to entice Kyrgios back home to host Davis Cup and Fed Cup matches, Tennis ACT announced a $27 million renovation of the Lyneham Tennis Centre in Canberra a year later.