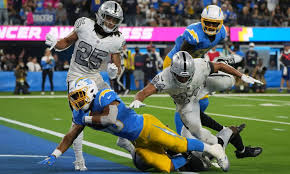 Here is the complete NFL schedule for Week 18 of the 2021 season. Where no TV network is listed, the NFL will announce the national TV channel later on Monday. All odds are the latest from DraftKings Sportsbook.

December is here and the 2022 NFL Playoffs are fast approaching. With the race becoming more competitive each week, here is everything you need to know about the 2022 NFL playoffs.

At the start of the 2021-22 season, the NFL expanded the regular-season schedule from 16 games to 17. The addition of the 17th game therefore pushes the start of the playoffs back one week in January and Super Bowl LVI will take place on the second Sunday of February. 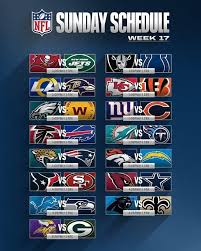 Fourteen teams will make the playoffs this season. In 2020, the NFL increased the number of playoff teams from 12 to 14 which is what led to the Super Wild Card Weekend which features three games instead of two.

The playoff games will be broadcast on a combination of the following networks: NBC and Peacock, ESPN, ABC, and CBS. Super Bowl LVI will be televised on NBC and available to stream live on Peacock.