American anchor, reporter, and producer Neena Pacholke worked for WAOW News 9 from May 2017 until her passing on August 27, 2022. From 4:30 to 7 a.m. on weekdays, she hosted Wake Up Wisconsin after joining the station in May 2017.

Neena Pacholke was born on June 29, 1995, and she is from Chattanooga, Tennessee, in the United States. She worked as a producer, reporter, anchor, and journalist. 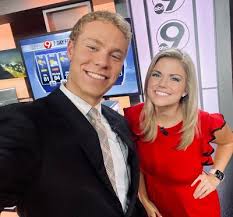 Neena Pacholke was about to become engaged to her longtime partner when she passed away. As an alternative, it’s unclear if she lived with her fiance at the time or not.

Former USF women’s basketball player Pacholke, who in 2013 helped Freedom High earn its lone state tournament participation, passed away on Saturday at the age of 27.

She was engaged to be married and was a weekday morning news anchor in Wisconsin, according to her sister, who also confirmed that Pacholke committed suicide.