According to Visual Concepts, NBA 2K23’s upcoming season will “feel like the Wild West,” with teams like the Phoenix Suns, Dallas Mavericks, and others hoping to strike it rich by winning the Larry O’Brien Trophy.

It was also revealed in the Courtside Report that there will be new jumpshot meters and releases along with a Skeleton outfit.

For starters, the Level 40 reward in MyCAREER is a Jabbawockeez outfit that you’ll likely see several players in by the end of the next six weeks.

Season 2 of NBA 2K23 will release on Friday, October 21st at 8AM PT / 11AM ET / 4PM BST. Console players won’t need to download a new patch, as the update that was released this week includes all of the content for Season 2. 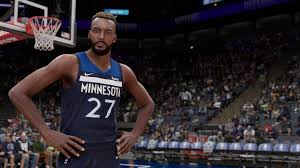 Since Season 2 of NBA 2K23 is ready to release, it’s time for a new coat of paint now that the game has been out for a while.

With the Call to Greatness, our other cover athlete Devin Booker will be the centre of attention for NBA 2K23 Season 2. Legendary cover athlete Michael Jordan stole the show in Season 1 with NBA 2K23.