He competes in the NASCAR Cup Series full-time, driving the No. 11 Toyota Camry for Gibbs Racing. He co-owns and operates 23XI Racing with Basketball Hall of Famer Michael Jordan.

Jordan Fish has been Denny Hamlin’s longterm partner and is the mother of his two daughters. 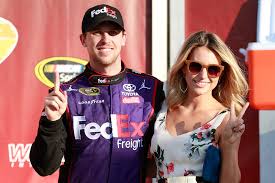 They were never married.

Fish was born on October 27, 1987. She is a part of the Lady Cats, the Charlotte Bobcats’ official dance squad. 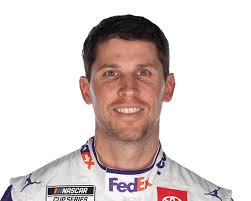 Denny has earned among the most money of any NASCAR drivers during the course of his career.

He made $14 million from June 2018 to June 2019. He received enough money to rank third among NASCAR drivers at the time.

Hamlin was born in Tampa, Florida, and spent the majority of his early years in Chesterfield, Virginia.

He started racing small stocks at age 16. At Langley Speedway, Hamlin earned the pole position and the first stock car race he entered.