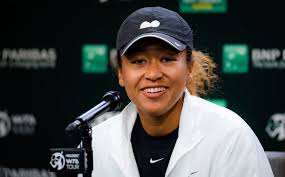 Naomi Osaka is a Japanese professional tennis player. She has been ranked No. 1 by the Women’s Tennis Association and is the first Asian player to hold the top ranking in singles.

She is a four-time Grand Slam singles champion. Her seven titles on the WTA Tour also include two at the Premier Mandatory level.

Naomi Osaka was in tears after being upset during her second round loss to Veronika Kudermatova at Indian Wells.

The Japanese player, who missed parts of the 2021 season to take care of her mental health, was mocked early in the match and was undoubtedly a major factor as she lost 6-0 to the world number 24 team. , had lost 6-4.

Osaka made the unorthodox decision to remain on court and be interviewed after his defeat, saying the incident reminded him of a video in which he had seen Venus and Serena Williams receiving abuse at the same location in 2001 .

As the match progressed, Osaka again went to the chair umpire and requested him to use the microphone so that he could address the crowd. An observer came to the court for a lengthy discussion with Osaka.

The supervisor told the umpire, “If it happens again, we’ll find it.” The news agency AP reported that Kudermetova waited behind the baseline for the match to resume.

However, after an early defeat on Sunday, Osaka addressed the crowd unable to control his emotions. 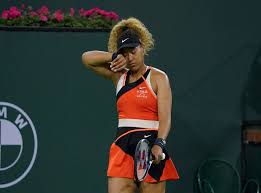 Naomi Osaka was brought to tears by a heckler during her loss at Indian Wells on Saturday, which sparked an extraordinary and at times unprecedented number of incidents, leaving the four-time Grand Slam champion in clear trouble.

Osaka, who is ranked 78th in the world after her third-round exit at the Australian Open, was taunted in the first set by someone in the crowd yelling ‘Naomi, you suck’.

The 24-year-old, who took a break from tennis last year to focus on her mental health, lost the match against Veronika Kudermatova 6-0, 6-4 and later addressed the crowd explaining why the incident had happened bothered him so much. The match loser addressing the crowd after the match is almost unheard of outside major finals in tennis.