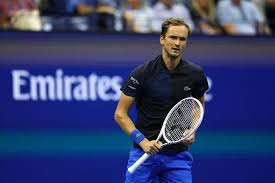 Professional tennis players compete at the Moselle Open on indoor hard courts. The tournament was most recently held at the Arènes, and from 2011 to 2013, it was held at the Parc des Expositions as part of the ATP Tour 250 series.

The 19th edition of the Moselle Open has drawn a sizable field of competitors looking to rack up points in the fall as they aim to qualify for the ATP Finals.

The starting lineup is headed by former World No. 1 Daniil Medvedev, with the incumbent champion Hubert Hurkacz seeded second.

At Metz, players like Sebastian Korda, Lorenzo Musetti, Holger Rune, and Dominic Thiem will compete for the championship.

On Friday, Saturday, and Sunday, respectively, the quarterfinals, semifinals, and final will be held.

This year’s edition’s total prize pool is €534,555. The winner will receive €81,310 in cash in addition to 250 ranking points. The prize money and ranking points are broken down in detail below:

On the following stations and websites, viewers in the US, Australia, Canada, and France may watch the Moselle Open live:

Canada: TSN will be airing every game in Canada.