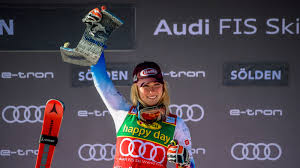 Mikaela Pauline Shiffrin is an American two-time Olympic Gold Medalist and World Cup alpine skier. She is a three-time Overall World Cup champion, a four-time world champion in slalom, and a six-time winner of the World Cup discipline title in that event.

On the final day of the Beijing Winter Olympics, US skier Mikaela Shiffrin missed out on her last chance to medal after USA came fourth in the alpine skiing mixed team event.

The Kamila Valieva doping scandal dominated the headlines for much of the competition but don’t forget the success stories from some of the world’s best athletes.

The knockout competition represented Shiffrin’s last chance at a medal after she finished no better than ninth in five individual races while failing to cross the finish line entirely in three of them.

An outcome that would have been unthinkable a fortnight ago when the three-time overall World Cup champion and two-time Olympic gold medalist arrived with designs on Janica Kostelic’s women’s record of four medals at a single Winter Games.

“I am not disappointed,” Shiffrin said. “I have had a lot of disappointing moments at these Games. Today is not one of them – today is my favourite memory. 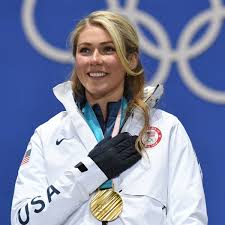 The full-day postponement due to Saturday’s roughly 65kph (40mph) gusts at the top of the course forced Shiffrin to alter her travel plans, a decision that she did not make lightly ahead of next week’s World Cup races in Crans Montana, Switzerland.

But the American said the opportunity to cap an Olympic experience that hasn’t always been pleasant alongside her team-mates was worth the sacrifice.

In 2022, we will be more active, with a cluster of elections (France, Brazil, the US to say the least), economic pinch points, the next phase of the pandemic, the gathering climate emergency and the first ‘winter World Cup’ to keep us busy.

Shiffrin was hoping to salvage her unexpected time in Beijing with a final shot at a medal as part of the US team, which also included Paula Moltzhan, Rivers Radamus and Tommy Ford in the previous alpine event.

Instead, the team lost to Norway in a tiebreak. The American team embraced in the foothills of the mountain after finding out that it was fourth and out of medals.

Still, Shiffrin remained positive after the race, and praised her teammates in a joint interview.