Mexico has participated in the event since the first World Cup in 1930 and has done so for a total of 16 tournaments, however on three occasions—in 1934 (against Italy), 1974 (against West Germany), and 1982—it hasn’t advanced to the actual finals (Spain).

Mexico are in Group C alongside Argentina, Saudi Arabia and Poland.

The national teams of the FIFA member countries compete in the quadrennial international men’s soccer competition known as the FIFA World Cup, which will take place for the 23rd time in 2026. 16 towns from three North American nations—Canada, Mexico, and the United States—will jointly host the competition. 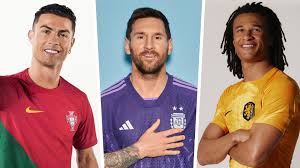 The team, one of the greatest in the Americas, is coached by Gerardo Martino, whose résumé includes two years as Argentina’s national team coach until 2016 and a year in charge of FC Barcelona in 2013, when the team placed second in La Liga and the Copa del Rey.

Mexico has won the Gold Cup since the 59-year-old joined the team in 2019, but they also lost the CONCACAF Nations League final and the same tournament to the US the previous year.

How To Watch Online:

Mexico will be broadcast live on CBS Sports Network and Univision (in Spanish) at 10 p.m. ET.