Marshawn Terrell Lynch is a former American football player who played in the National Football League for 12 seasons. Nicknamed “Beast Mode” for his powerful running style, he spent most of his career with the Seattle Seahawks.

Marshawn Lynch, a former running back for the Seattle Seahawks, Oakland Raiders, and Buffalo Bills, was detained on Tuesday in Las Vegas, according to authorities.

LVMPD reports that around 7:25 AM on Tuesday, Lynch, 36, was stopped near the Las Vegas Strip on Fairfield Avenue and West Utah Avenue. Before the traffic stop, sources tell TMZ Sports, he was running into curbs on the side of the road.

Police suspect Lynch was driving while intoxicated after conversing with him, and he was arrested. 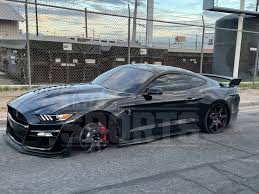 Former NFL running back Marshawn Lynch, who just joined the Seahawks organisation as a “special correspondent,” was detained on Tuesday for DUI. He was in worse shape than his car.

Lynch reportedly had his blood drawn, but he refused to take a breathalyser test.

According to TMZ, Lynch, 36, was stopped close to the Las Vegas Strip around 7:25 a.m. but allegedly refused to take a breathalyser test.

Before his car came to rest, Lynch allegedly left a “trail of destruction,” including scuffs on the pavement and a curb.

Lynch is accused of driving while intoxicated, failing or refusing to turn over evidence of security, operating an unregistered car, and failing to operate in a traffic lane.

Lynch is bound under the Personal Conduct Policy as a Seahawks employee. In 2009, he underwent a three-game suspension for breaking the rule.