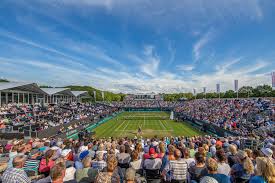 The Rosmalen Grass Court Championships, branded by its sponsored name as the Libema Open since 2018, is a professional tennis tournament held in the town of Rosmalen, on the outskirts of the city of ‘s-Hertogenbosch, the Netherlands.

The Libema Open 2022 qualifiers were played from June 4 to June 6. The First Round will start on June 6 and end with the Final on June 12.

Here’s the schedule for Men’s Singles:

Here’s the schedule for Women’s Singles:

Top seed Daniil Medvedev will face James Duckworth or a qualifier in his opening match at the Libema Open as he prepares to lead the field at the ATP 250 grass-court event, to be held in ‘s-Hertogenbosch from 6-12 June. 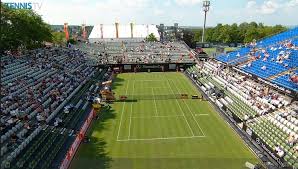 Medvedev is seeded in the semi-finals against Australian Alex de Minaur.

The fourth seed captured the title on grass at Eastbourne last year and will begin his 2022 campaign against 2019 Libema Open champion Adrian Mannarino or a qualifier.

The 2019 Libéma Open was a tennis tournament played on outdoor grass courts.
…

The 2022 WTA tennis event in s’Hertogenbosch brings us a fairly solid field with some decent prize money totalling €234,844.

Here is a list of broadcasters covering the 2022 Libema Open

The event is a WTA 250 event running from June 6th till June 12th Aryna Sabalenka is the top seed. Belinda Bencic is the 2nd seed with other notable players including Elena Rybakina, Tamara Zidansek, Liudmila Samsonova and more.