This WTA Tour event, which has been going on since 2004, was an international competition that was played on outdoor hard courts at the Seoul Olympic Park Tennis Center.

The qualifying rounds for the 18th Korea Open are currently taking place from September 19–25. The Pan Pacific Open in Tokyo is the other tournament happening this week in addition to the WTA 250 event.

Jelena Ostapenko, the winner of the 2017 French Open, is seeded first and leads the field. The final three seeds are Ekaterina Alexandrova, Magda Linette, and Zhu Lin. Emma Raducanu, the 2021 US Open champion, is also a contender.

On September 17 and 18, the qualifying rounds will take place, and on September 19, the main draw will begin.

From Monday to Thursday, the first and second round matches will be played. The semifinals and final will take place on Saturday and Sunday, respectively, after the quarterfinals on Friday. 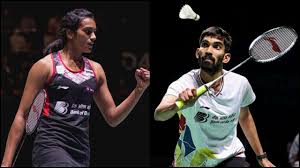 $251,750 will be awarded in prizes for the 2022 Korea Open. The female singles champion will get a check for $31,000 as well as 280 ranking points. The prize money and ranking points are broken down in detail below:

The Korea Open will be broadcast live on the following stations and websites for viewers in the US and UK:

USA: The Tennis Channel is where American viewers can see all the action.