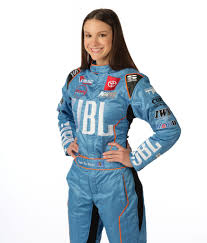 Kaylee Bryson started racing around the age of 9 and started just for the sole purpose of having fun, the passion grew inside of him and he had a strong desire to win.

Racing was the only thing on his mind since a young age and he knew he wanted to do it for the rest of his life.

Muskogee’s Kaylee Bryson is no stranger when it comes to the Chili Bowl. At the age of 19, Bryson is making her third trip to the “Super Bowl of Midget Racing,” only this time it is in a Keith Kunz midget car. 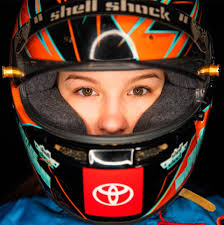 “You know, it was a pretty badass night for the Keith Kunz camp over here,” Bryson told RACER. “Won the heat race, second in the qualifier, started third in the feature. I think we’ll be sitting pretty good on Saturday. We’ll probably be pretty high in B-Feature. So, looking to make the A-main — that’s my main goal right now.”

Bryson has an opportunity for another record on Saturday. Currently, the best female finish in the history of the Chili Bowl belongs to White, who ended up 19th in the B-Feature in 2016.

Kaylee Bryson started second during Tuesday night’s preliminary feature at the Lucas Oil Chili Bowl Nationals in Tulsa, Oklahoma and led the majority of the laps. However, Buddy Kofoid overtook him in the final few circuits to win the race. Behind them was Kaylee Bryson in third place.