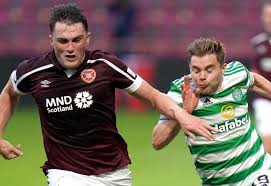 John Souttar is a Scottish professional footballer who plays for Heart of Midlothian in the Scottish Premiership, and for the Scotland national team.

He previously played for Dundee United before joining Hearts in February 2016.

The Hearts ace snapped his Achilles tendon for the third time and started looking at alternative careers.

He talked to partner Kayley and former team-mate Euan Spark about opening their own coffee shop while he was on the sidelines. And now, as he’s back on the pitch and his career is soaring, his business Maison Dieu Coffee Roasters has opened up in Brechin, Angus.

Souttar, 25, told The Courier: “I spoke to Kayley and Sparky about going on a roasting course to see what it was like. It was something we really enjoyed, and it snowballed.

Hearts defender John Souttar has finalised a pre-contract agreement with Scottish Premiership leaders Rangers. The 25-year-old passed a medical and completed terms with the Ibrox club on Friday.

Rangers are now expected to follow that with a bid to take the Scotland centre-back in January. Souttar had been offered fresh terms at Tynecastle, but instead his six-year stay at Hearts will end, at the latest, in the summer. 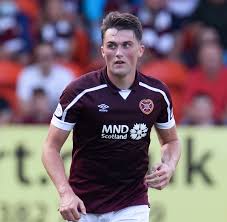 And that’s why his long-awaited Scotland recall on Sunday gave the 41-cap veteran a warm, fuzzy feeling.

He previously played for Dundee United before joining Hearts in February 2016. As of January 2020, he is vice-captain of Hearts.

Initially known as a central defender, Souttar was converted to play as a defensive midfielder towards the end of his stay at Dundee United, however he has more recently been deployed as a centre back for Hearts.

He is the youngest player to have appeared for Dundee United’s first team, having made his debut for the club in January 2013 at the age of 16. After previously representing the country at under-17, under-19 and under-21 levels, he made his full international debut in September 2018.