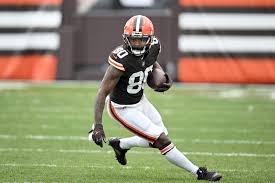 Jarvis Charles Landry is an American football wide receiver for the New Orleans Saints of the National Football League. He played college football at LSU and was drafted by the Miami Dolphins in the second round of the 2014 NFL Draft.

Adding Landry would mean the Saints will have made their two biggest signings in May after showing some rare spending restraint in the first two months of free agency.

They began the year about $75 million over the salary cap, then lost left tackle Terron Armstead and safety Marcus Williams to other teams and safety Malcolm Jenkins to retirement.

Landry hails from Convent, Louisiana, so he’ll be playing for his hometown NFL team

The Browns released Landry on March 14 after the sides couldn’t agree to a restructured contract. 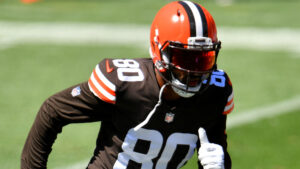 Landry was set to make $15.1 million in salary and bonuses, hitting a salary-cap of $16.38 million in 2022, the final year of his contract with the Browns.

Cutting him cost the franchise just $1.5 million in dead caps and saved them $14.879 million in cap space.

Jarvis Landry net worth, career earnings and salary: Jarvis Landry is an American professional football player who has a net worth of $20 million.

Jarvis Landry was born in Convent, Louisiana in November 1992. He is a wide receiver who played at Lutcher High School.

Landry played his college football at LSU where he won the SEC championship in 2011 and was named second-team All-SEC in 2013.