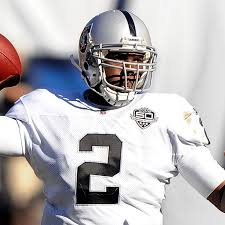 Former American football quarterback JaMarcus Trenell Russell spent three seasons with the Oakland Raiders in the National Football League. He was taken first overall by the Raiders in the 2007 NFL Draft after enjoying great success at LSU and winning the 2007 Sugar Bowl MVP award.

JaMarcus Russell, a former American football player who played professionally, has a $4 million net worth.

Russell was one of the most sought-after rookie quarterbacks in the NFL after winning the Sugar Bowl, but he was unable to realise his full potential at the highest level.

He was selected first overall in the 2007 NFL Draft, however he only played for three years until being released in 2010.

Prior to the start of his rookie season, JaMarcus Russell staged a holdout in order to negotiate a lucrative contract with the Raiders. 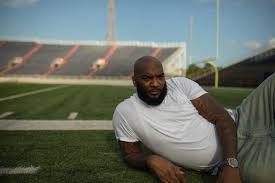 With the Oakland Raiders, JaMarcus Russell agreed to a six-year, $61 million contract with a $32 million guarantee and an average annual salary of $10,166,667.

One of the greatest busts in NFL history is largely recognised as being JaMarcus Russell. After his sporting career ended, Russell had a number of financial and legal issues.

The Raiders paid Russell about $40 million (now including a $3 million settlement), but in return he only received three years of service.

Since 2018, Russell has spent the last years as the quarterbacks coach at Williamson High School, his alma mater in Alabama.