Following his most recent defeat, Israel Adesanya has confirmed the UFC has promised him he would have an immediate rematch against Alex Pereira.

At UFC 281 in New York this past weekend, Adesanya, 33, attempted to make the sixth defence of his middleweight title against longtime kickboxing foe Pereira, but he was stopped in the fifth round and lost it.

With just three minutes left in the fight, Pereira knocked out “The Last Stylebender,” who had been leading on the scorecards going into the final round and needed to make it to the bell to win by decision. 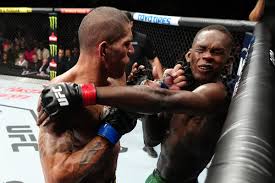 As of writing in June 2022, CelebrityNetWorth estimates the UFC middleweight fighter to be worth $4 million USD.

Additionally, according to EssentiallySports, the boxer “earning approximately $540,000 in his match against Yoel Romero.