According to the schedule for India vs. South Africa, the South African cricket team’s trip of India will start on September 28, 2022, with a T20 series at Thiruvananthapuram’s Greenfield International Stadium.

On October 2, 2022, the second Twenty20 game will be played at the Barsapara Cricket Stadium in Guwahati. The third and fourth T20 matches will take place in Indore and Lucknow, respectively, on October 4 and 6, while Ranchi and Delhi will host the final two T20 matches on October 9 and 11.

Team India led by Rohit Sharma is all set to take on Proteas in Perth, Australia. This is the track which is known for its fast bounce.

So it will be interesting to see India’s top order vs South Africa’s top bowling side in today’s game. The competition, in all likelihood, will decide the Group 2 topper and India’s probable semi-final venue. 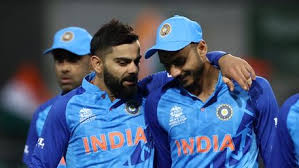 At Perth Stadium, the T20 World Cup 2022’s 30th match will feature South Africa vs. India. The Men in Blue will be in excellent shape and ready for their next game after two wins in two games.

The Proteas, who have only played two games so far, will also be driven to win the match because they have won one and lost the other when they were in a winning position.

Due to the washout, South Africa only earned one point in the match against Zimbabwe. India and South Africa are the current favourites to go from Group 2 to the semi-finals, and the side winning the forthcoming match will advance.