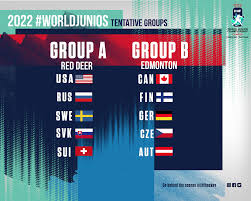 Team Canada didn’t get off to the start it wanted — let alone expected — against Czechia on Sunday to open their 2022 IIHF World Junior Championship run.

In the end, it was a historic hat trick from Power in his WJC debut, along with three assists from Cole Perfetti and a multi-point outing from McTavish, that led Canada to a 6-3 win at Rogers Place. Power, the NHL’s No. 1 overall draft pick in 2021, became the first defenseman in Team Canada’s history to score a hat trick at the World Juniors. 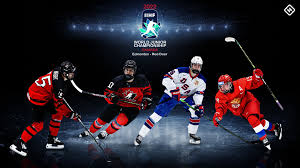 9:39 p.m. ET – FINAL: Canada overcomes an early two-goal deficit and (Owen) Powers their way to a dominant 6-3 victory over Czechia to open their World Juniors run in Edmonton.

The 2022 IIHF World Junior Championship hockey tournament is available to watch on several platforms for fans in the United States and Canada.

Cord-cutters in Canada are still able to watch all 31 tournament games from TSN’s digital platforms. Viewers will be able to access highlights, goal-by-goal updates, live scores and stats for each tournament game.