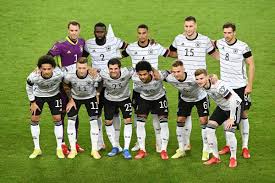 Germany has also agreed to play in the FIFA World Cup 2022 Group E. Germany will be keen to make amends for a nightmare while trying to defend the title at the 2018 World Cup as they enter a major tournament without Joachim Low for the first time in nearly two decades.

Low worked as an assistant to Jurgen Klinsmann when Die Manschaft worked his way to the semi-finals on home soil in 2006, before beginning his own acclaimed 15-year stint as head coach.

World Cup Group E Draw. Spain are set to play in Group E of the FIFA World Cup 2022 in Qatar along with Germany, Japan and the winners of Costa Rica vs New Zealand in Intercontinental Playoff Two.

Here is a quick snapshot of each team in Group E ahead of the World Cup.

Which teams have qualified for the World Cup?