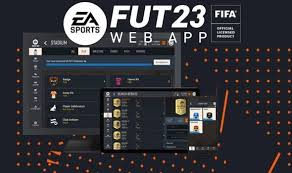 Get the FIFA 22 Companion App right away to take your FUT experience with you everywhere you go! accessible on tablets and mobile devices running Android and iOS. Get a FUT Loan ICON Player in FIFA 22 when you sign up for EA SPORTS FIFA news.

This week’s release of the FIFA 23 Web App marks the beginning of a busy period for releases for fans of the popular EA series. The FIFA 23 TOTW 1 Web App and Companion App for iOS and Android are released on September 21 and September 22, respectively.

The FUT Web App is the following phase in the launch process for FIFA 23, and the countdown is officially underway.

Players will be able to start putting together their Ultimate Team rosters once the FUT Web & Companion App is made available.

The FIFA 23 Early Access (via EA Play and the Ultimate Edition) drop next week on Tuesday, September 27, followed by the FIFA 23 Standard Edition release date on Friday, September 30.

The Web and Companion App, which grants early access to FUT fans looking to build their squad, are launching ahead of those dates.