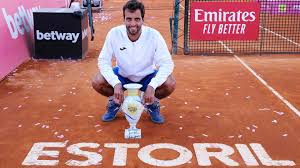 The Estoril Open 2022 an ATP clay court tennis tournament held in the Portuguese Riviera. The event take place at the sports complex of Clube de Ténis do Estoril in Cascais.

The tournament was created in 2015 to replace the historic Portugal Open, which was canceled due to lack of sponsorships.

Sebastian Baez is definitely moving up the rankings and the young Argentine is proving to be a threat on the clay court even for experienced operators.

Baez has already outclassed Marin Cilic and Richard Gasquet as he tries to make his second final appearance. He faces Albert Ramos Vinolas, a veteran Spaniard who is very adept at winning clay-court events outside the Masters circuit.

America is not known for producing clay-court specialists, but Frances Tiafoe and Sebastian Korda both looked well-equipped to play on the surface. Their success is built principally on the consistency of their ground strokes and their ability to cover the court.

The tournament will be held from Monday, April 25, to Sunday, May 1.

The tournament will take place at the Estoril Tennis Club. The venue has a capacity of 10,000 people. You will need to buy the tournament tickets to watch your favorite matchup from the venue. 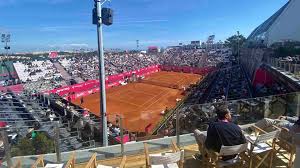 Tennis Channel will broadcast the Estoril Open in the United States. With a Tennis Channel cable TV subscription, you will be able to watch the tournament on your television. So, don’t waste any time and get in touch with your operator as soon as possible.

The live stream of the Estoril Open will also be available on Amazon Prime Video. Amazon Prime is the most excellent location to watch live tennis streaming. You will need to pay $8.99 to subscribe to Amazon Prime.