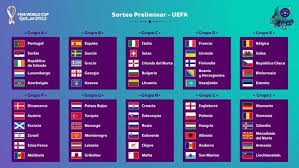 The Group Fesse of the Europos Qualifiers for the 2022 FIFA World Cup ends on November 16.

UEFA already knows 10 of the representative teams of European football in the Qatar 2022 World Cup, but three more quotas have yet to be defined that will be settled in the playoffs in March, with leading teams such as Italy or Portugal.

Just as Jorginho’s or Cristiano Ronaldo’s men will have to fight not to be left out of the top event in world football, there is also a team like North Macedonia who dreams of their first classification.

Everything will be defined in direct elimination matches. 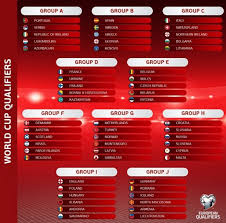 The matches corresponding to the semifinals of the European playoffs, which start this Thursday, February 24, 2022, will be played from 8:45 p.m. (peninsular time) live on UEFA.tv, TVE (Teledeporte and La 1) and Mediaset.

In the first round or group stage, the 55 participating teams will be classified into five groups of six teams and five additional groups of five teams.

All groups are developed under a round robin system in which each team plays its rivals twice in home and away matches. The teams are classified according to the points obtained, which are awarded as follows.

If two or more teams finish their matches level on points, the following tie-break criteria apply (in accordance with articles 20.4 and 20.6 of the 2022 FIFA World Cup Preliminary Competition Regulations).