The latest instalment of Deion Sanders’ Barstool Sports documentary “Coach Prime” will detail what happened to the Pro Football Hall of Famer and Jackson State football coach during his almost month-long hospital stint in October.

Sanders told Andscape, the ESPN website that was originally The Undefeated, that “just because I had a gift at one point and time to do my thing on the football and baseball field, that does not extricate me from the miseries of life.” “I experience hell as everyone else does, and I’m going to demonstrate what it’s like for me to actually experience hell.”

According to a press release, Tim Brewster, a former head coach of the Minnesota Gophers, has joined Deion Sanders’ football staff at Jackson State, along with a new strength coach and four new analysts.

These men will have a big impact on JSU football, according to Sanders. “We aren’t putting together a coaching staff. We are developing a programme with the potential to be both dominant and sustainable. 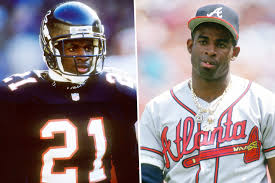 Deion Sanders, a former professional baseball and football player from the United States, has a $40 million net worth.

One of the very few sportsmen who succeeded in two professional sports at the same time, he is regarded as one of history’s most brilliant athletes.

He is the only individual in history to have participated in both a Super Bowl and a World Series.