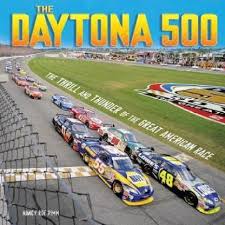 The 2022 NASCAR Cup Series season is scheduled to get underway one week from today with the 64th annual Daytona 500 at Daytona International Speedway.

The schedule leading up to the first of 36 races on this year’s calendar, however, looks slightly different than it has in years past. There are a few changes to make note of, including one new one for this year that has already taken effect.

NASCAR’s season-opening Super Bowl. It will be the first time the Next Gen cars appear in competition at a superspeedway.

The race is 200 laps (500 miles) and will feature a field of 40 cars, with four non-chartered competitors making the final show after qualifying and the Duels.

Cup Series stars debuted the sport’s Next Gen car during the Clash exhibition race at the Los Angeles Memorial Coliseum on Feb. 6, but NASCAR will return to its traditional format and venue for Daytona Speedweeks. 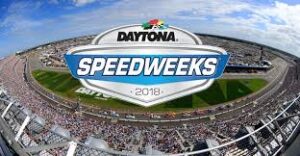 The 2022 NASCAR season begins for the major touring series this week in Daytona. Here is the TV schedule for this week, culminating in Sunday’s Daytona 500.

Roberts is fading Kyle Larson, even though he is the reigning NASCAR Cup Series champion and one of the top favorites at 10-1.

The 29-year-old from California is coming off a spectacular season with 10 wins, 20 top-five finishes and 26 top-10s. He ended his season with a victory at Phoenix Raceway to win the Cup title.

But he has struggled at Daytona International Speedway. In 15 Cup starts at Daytona, he has averaged a 21st place finish and never finished in the top five.