Paramount+ will carry six away matches for both the United States and Mexico men’s national teams as well as the media rights to all other matches played in the region. Start times and some dates have yet to be announced. 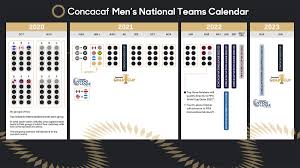 Thursday’s CONCACAF World Cup qualifying match between Canada and Honduras from the Estadio Olimpico Metropolitano in San Pedro Sula will be broadcast on OneSoccer, Sportsnet and RDS in Canada and streamed on Paramount+ in the USA.

In 2012 a heavy 8-1 defeat in Honduras cost Canada a spot in the final round of qualifying. Then four years later, a narrower 2-1 loss saw Canada once again fail to advance.