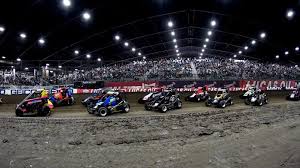 The majority of the 2022 Chili Bowl Nationals will be shown live on FloRacing, the new streaming home for all NASCAR Roots action. FloRacing’s coverage captures all five qualifying nights from Monday, Jan. 10 through Friday, Jan. 15.

Event Coverage: The Chili Bowl will be show online on http://www.floracing.com until Saturday night. At time of opening ceremonies on Saturday, the final features will be shown live on the MAVTV Motorsports Network and online with MAVTV Plus. 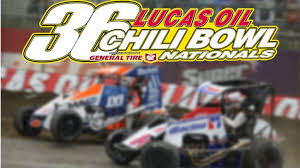 With near 400 entries, the fields were split across five preliminary nights. Based on how drivers did on those nights determines where they started in the alphabet soup tonight.

Kaylee Bryson won the second B-Main. With the win, she become the first female driver to start the main event, in the history of the Chili Bowl Nationals!

With Saturday’s win, Bell very well could be in the driver’s seat for his fourth-career Chili Bowl Nationals overall victory.

Thorson was started seventh in the overall Pole Shuffle. He was able to move his way into the second-overall starting spot as he advanced to the final four-car Pole Shuffle heat race.

Rico Abreu came home third in the pole shuffle and Justin Grant, who came into the Pole Shuffle with the pole, ended up fourth.

Three nights of preliminary action down, two to go at the 36th running of the Lucas Oil Chili Bowl Nationals.

Seventy-eight drivers will be in action Thursday night with hopes of locking into Saturday’s A-Main. FloRacing will be on location throughout the night to bring you the latest updates as you watch in person or live on FloRacing.