Call of Duty is a 2003 first-person shooter game developed by Infinity Ward and published by Activision. It is the first installment of the Call of Duty franchise, released on 29 October 2003 for Microsoft Windows.

Call of Duty Next Start Time, How To Watch Online

Three forthcoming Call of Duty games will be discussed in great detail throughout the livestream for fans of the shooter series.

Warzone 2 will also be a separate game to the current version of Warzone, which was confirmed when Activision said that Warzone 2.0 would not carry progress or cosmetics from the current Battle Royale.

How To Watch Online: 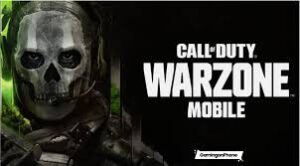 Today, September 15, at 5:30 PM BST, Call of Duty’s official YouTube and Twitch channels will launch the online event. Additionally, you can keep up with everything on Twitter, Facebook, and TikTok.

On the stream, players will see “the disclosures you’ve been waiting for,” according to Call of Duty.