Launched as the Federation Cup in 1963 to commemorate the 50th anniversary of the International Tennis Federation, the Billie Jean King Cup is the top international team event for women’s tennis.

one of the world’s premier international team tennis tournaments. The USA has won 18 titles overall, the most recent of which was in 2017.

There is a chance that the United States will host a match in April 2023 if the country does not automatically advance to the 2023 finals by reaching the event’s finals this year. Only if the United States receives a home tie in the draw that takes place in November will this tie take place. 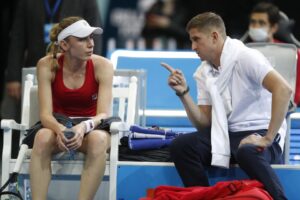 This includes a record-breaking Player Prize Money (PPM) purse of $8 million, up from last year’s $6.8 million by $1.2 million and matching the levels of PPM given to the men for the 2022 Davis Cup by Rakuten Finals.