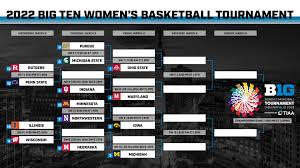 Illinois is the defending champion, as the Illini beat Ohio State in the 2021 title game. Michigan State has the most championships with six, most recently winning in 2019. 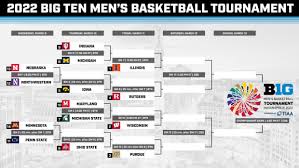 Illinois is the defending champion (2021 title). It was the program’s third conference tournament title (2003 and 2005).

The Iowa Hawkeyes are looking to do something they haven’t done in 16 years: play in the Big Ten Tournament Championship. The Hawkeyes slipped in the semifinals a season earlier to Illinois Fighting Illini.

It was the first visit to Iowa in the BTT semi-finals since 2006 when the Hawkes won outright. Now the Hawkeyes are looking to continue their hot play and earn a shot at the third Big Ten Tournament Championship on Sunday’s event.

While Hawkeye fans were dreaming of a chance at vengeance against the Illini, a rematch with the Hoosiers in the semifinals is a solid consolation prize. Iowa defeated Indiana in the only other meeting this season in Iowa City.