Bathurst 1000: Supercars 2022, How to watch, Schedule, Driver Pairings, Past winners

The Bathurst 1000 is halfway through its weekend, and tomorrow might be a dud.

Although the top-ten shootout and two practise sessions are scheduled, it’s unclear how the track will actually be used given tomorrow’s ominous weather predictions.

Tomorrow, join us as we broadcast live from Mount Panorama.

The race on Sunday may be seen live on 7plus and on the free-to-air channel Channel 7. Furthermore, Fox Sports 503 and the streaming service Kayo will both have live coverage of every session of the Bathurst 1000. 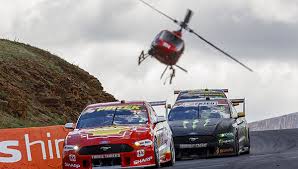 Dylan O’Keeffe, who previously raced for PremiAir Racing as Squad Sydney last season, has rejoined the team to drive alongside Chris Pither, and rookie Cameron Hill rounds out the lineup.

Lowndes/Fraser, Greg Murphy and Richie Stanaway (Erebus), as well as Matt Chahda and Jay Robotham, will operate the wildcards (MCM).