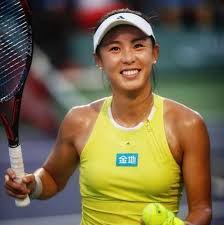 The Australian Open is a tennis tournament held annually over the last fortnight of January at Melbourne Park in Melbourne, Australia.

The tournament is the first of the four Grand Slam tennis events held each year, preceding the French Open, Wimbledon, and the US Open.

Wang, who reached the Australian Open 4th round in 2020 is preparing with her new coach in Dubai. World number 34 in the WTA Rankings will try to improve her performance in 2021 and Cash can have a great influence on that.

“I am super excited to finally be on the court with Chinese number 1 player Wang after six weeks of pre-season analysis and remote coaching,” wrote Pat Cash on his Twitter account.

Pat Cash who has a tennis academy on the Gold Coast of Australia and is also coaching Brandon Nakashima. In the past, he worked with Coco Vandeweghe or Alexei Popyrin and will become a new coach of Qiang Wang.

Wang is now unmarried but, not single. She has a boyfriend.

Her tennis boyfriend is named Zhou Xinmu. In fact, Zhou Xinmu is also a tennis player in China. 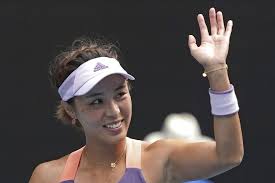 She beat the top seed and world No. 10 Caroline Wozniacki in the 1st round at the Malaysian Open 2013.