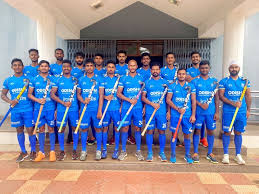 The top five teams from the previous Asia Cup, the hosts and the two finalists from the 2022 AHF Cup qualified for the tournament.

The second round will see the top four teams from the group stage play each other once. The top two from this stage will play the final while the bottom two will compete for the third and fourth place.

India will launch a completely new squad for the tournament as the main team prepares for the final leg of the FIH Pro League 2021-22 in Europe.

Defending Asia Cup champions India will be led by veteran defender Birender Lakra for the tournament and forward SV Sunil will be his deputy. 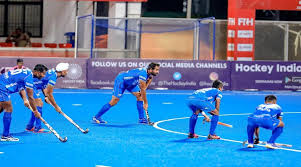 India vs Japan Asia Cup Hockey 2022 Live Score: Japan end the first half with a one goal lead in the Asia Cup 2022 action against India.

Nagayoshi Ken converted a penalty corner in the 23rd minute to help the 2018 Asian Games gold medallist take the lead. The Indian unit did have their chances but have so far not converted any of them and still wait for their first penalty corner.