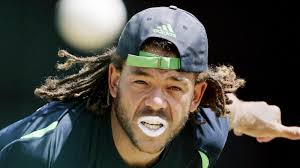 Andrew Symonds was married to Laura and they had two children in son Billy and daughter Chloe. Both of them first met in 2004, and they got married in 2014 one year after the birth of their son.

Andrew Symonds was playing for Mumbai Indians in the Indian Premier League when Laura was about to give birth to her daughter. He announced his retirement and decided to return to Australia.

Laura was in Sydney with Billy and Chloe when they heard the news of Andrew Symonds’ death. The trio took a flight from Sydney to Townsville after the devastating news.

Symonds is survived by wife Laura and young children Chloe and Billy. “We are still in shock – I’m just thinking of the two kids,” Laura told the Courier Mail. “He was such a big person and there is just so much of him in his kids.”

He was widely regarded as one of the most skilled all-rounders Australian cricket has seen, playing several match-winning hands with his explosive middle-order batting, bowling at both off-spin and medium pace.

Symonds was also a top-rate fielder and was a key part of Australia’s 50-over World Cup victories in 2003 and 2007. 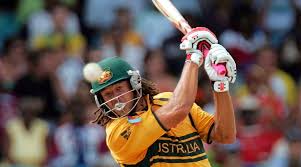 According to Acceptance.com, Symonds’ monthly salary is expected to exceed $40,000 as he was a part of the commentary panel since his retirement.

As a result, his annual salary and income is expected to exceed $480,000 and at the end of his international career he was such a big name in the country despite a lot of controversial stories surrounding him.

The net worth of Andrew Symonds was around $5 million which is approximately INR 38 crore. Symonds would have earned a lot more if the T20 format was introduced a little bit early. The all-rounder was one of the fearsome hitters of the cricket ball and he had the ability to clear the ropes at ease.