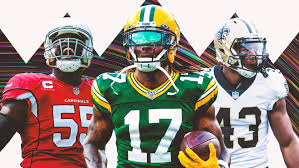 2022 NFL defense rankings: The 2021 NFL season is entering the home stretch and Week 16 delivered an unusual number of defensive performances across the league.

With a near record-low for touchdowns on a Sunday, a ton of turnovers and some standout performances, there is plenty of shakeup in our 2021 NFL defense rankings.

Five sacks, two takeaways, a defensive touchdown and just 257 total yards allowed. Add this performance to the growing list of gems and Dallas now enters Week 17 with a defense holding opposing quarterbacks to an average 53.9% completion rate and 63.7 passer rating with 26 sacks and 14 interceptions since Halloween.

In six games from Weeks 10 to 15, opposing quarterbacks averaged just 196.2 passing yards per game, 15 sacks, and a 79.3 passer rating. The Saints’ defence did not struggle in their 20-3 loss to the Dolphins in Week 16. This defence allowed only 16 first downs and 259 yards of offence to Miami. We’re not lowering them any further in Week 17. 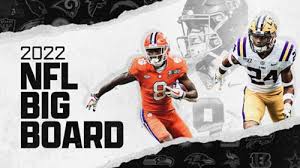 It was too much easy for the Tampa Bay Buccaneers defense. Combine bad play-calling with atrocious quarterback play and stopping the Carolina Panthers offense is made simple. Tampa Bay’s pass rush feasted (seven sacks, eight tackles for loss) in this matchup and it should dominate the New York Jets next Sunday.

In a rematch against the Buffalo Bills without the benefit of game-changing winds, the New England Patriots defence did not appear quite as good. Josh Allen (317 yards passing, 64 yards rushing, three touchdowns) dominated the New England secondary, allowing Isaiah McKenzie (125 receiving yards) to have the game of his life. New England will have it much easier versus the Jacksonville Jaguars, but we are concerned about the playoff matchups.

Even without Darius Leonard, who will also miss Week 17 as an unvaccinated player, the Indianapolis Colts defense came through against a great opponent. Kyler Murray averaged just 5.7 yards per attempt through the air, struggling to do anything outside of a 57-yard run.